Last summer, the first year that we had our mini-rex Jacks, we realized there was a big issue with keeping his bedroom door closed all the time: temperature. On average, his room was roughly 84 degrees F. This can be dangerously hot for a rabbit if they deal with it long term. Because of the type of fur he has, cuddling cold water bottles is out of the question as it can possibly lead to body rot. We made it through last summer with home made swamp coolers and a fan.

This summer, we decided to do a little more than that. One of the pieces that helped a lot was a twin window fan similar to the one found at Aubuchon Hardware. The one in his room has the added benefit of a thermostat, allowing the fan to shut off when necessary. As we’re stilling trying to save electricity, this was a huge plus.

The second step was to add a vent into his bedroom door.

This is actually a baseboard vent, not a door vent, obviously. For the sake of physics, it would have made more sense to put the vent at the bottom where the cooler air could get in, but with Jacks’ love of nibbling, that wasn’t really an option. The plus side about a metal vent like this is that we can take it off later and paint it to match whatever color we do the trim later on.

For the sake of aesthetics, we did put a vent on the other side of the door as well. 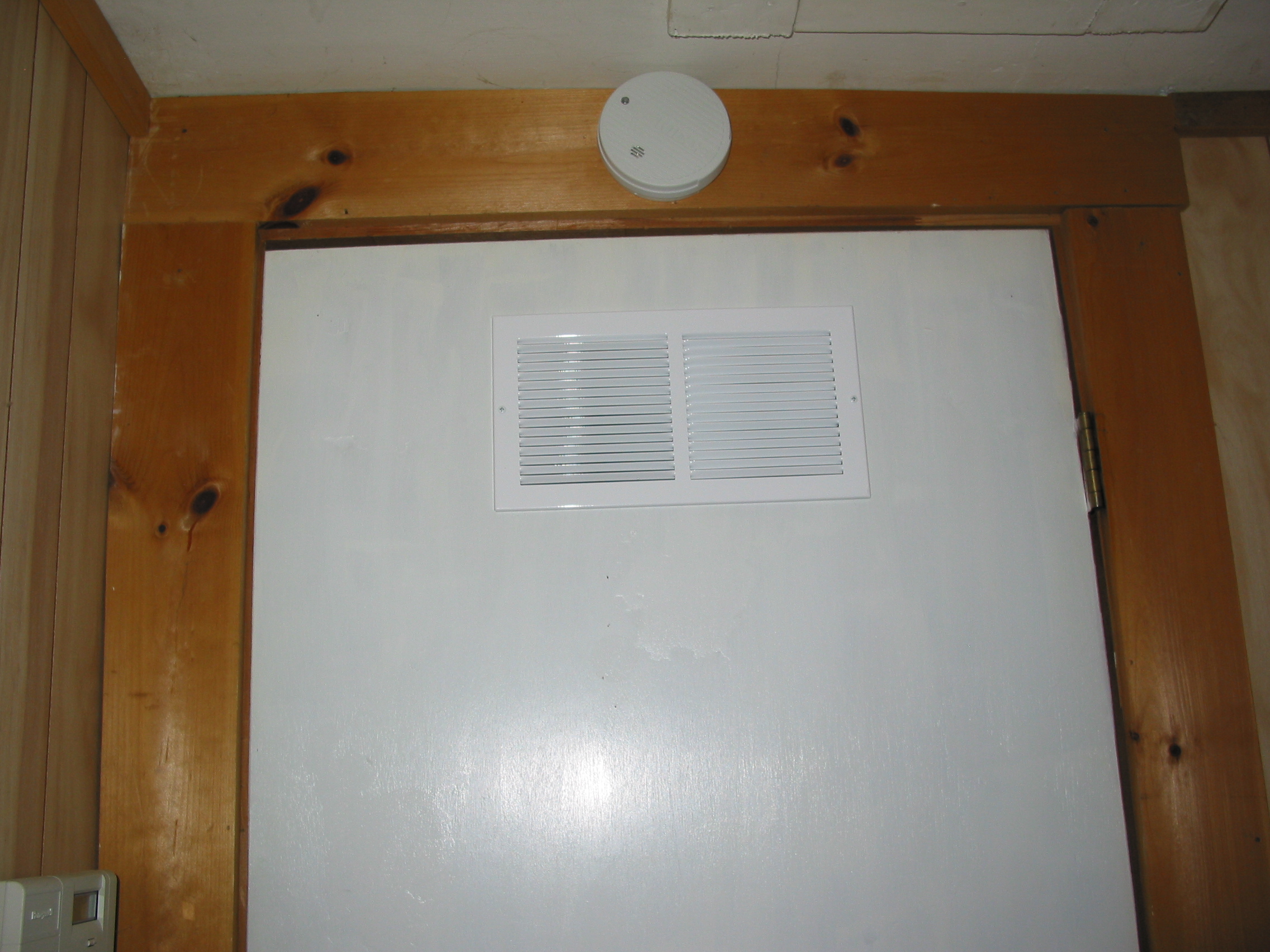 Overall, these two little changes have been a huge success! His room barely hits 82 now, and even then it has to be pretty hot out for the room to get that high. We’re hoping that in the winter this will also allow his room to be a bit warmer. In all reality, it should work like a charm!

This entry was posted in House and tagged DIY, Jacks, mini-rex. Bookmark the permalink.