“Gardening requires lots of water – most of it in the form of perspiration.” ~Lou Erickson

This fall brought the harvest of a garden hit by blight and grubs. However, we’re hoping for a much more productive crop next year. To help, we roto-tilled the garden again. We didn’t do this last year since we didn’t know what area of earth we would be using.

Where we have placed our garden is almost directly over where another house had been up until the 1980s when the town razed it. We have found some very odd things out by the apple tree (where we assume the mass bulk of the house was plowed over to) but, we seem to have come across a garden of bricks. 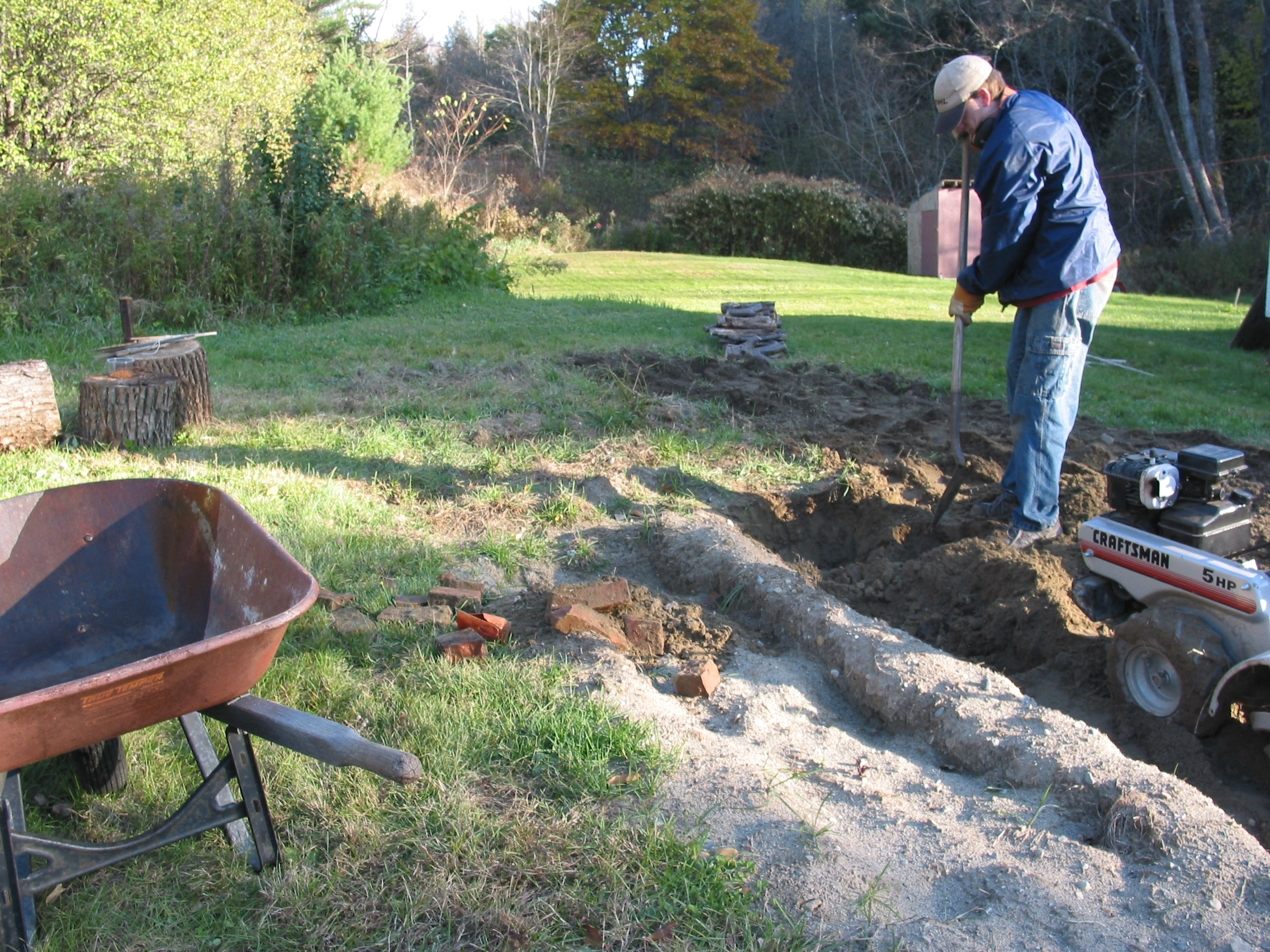 At first the hubby was a little worried about continuing to plant in the specific area, but I had to make my case and will make it here as well. Where hasn’t there been a home? There have been people on this planet for billions of years, as far as science can tell us. Each piece of land that’s used for growing was once someone’s home. If virgin land is sought for gardens, there will be no gardening. It’s nice to see this plot of earth be recycled for a very good use. (That being said, I will say that I’m mildly annoyed with having to pull glass out of the ground now that frost is bringing more up.) The only solid decision that we have made as far as this plot of earth goes is that we most likely than not will avoid planting deep roots in it. No carrots or parsnips. No turnips will live here, either. That’s fine, though, since we have many other areas around the house to use for gardening.

Speaking of next year’s garden, we’re planning on growing hanging tomatoes instead of planting in the soil, in hopes that we will avoid the residual spore deposits of blight in the ground. For the potatoes, we were planing on trying something called “potato towers.” However, given some of the results that I’ve read, we might want to try the bucket method or the blanket mulch method. In researching, I did find this really nifty chart. :-)

This entry was posted in Uncategorized and tagged Garden, potato. Bookmark the permalink.

4 responses to ““Gardening requires lots of water – most of it in the form of perspiration.” ~Lou Erickson”