A lot has been going on since our last garden update back in April. (It’s been over a month already? Cripes!) Needless to say, here are the notes from my calendar:

Needless to say, the tomatoes have been a bit of a battle so far. Out of 32 plants, we’ve only lost 2, so I guess we can’t complain too much. The issues with the soil did prompt us to get a Rapitest Soil Test Kit. The gardens on the front side of the house, where it’s a bit more sandy, tested fine in all areas. The gardens on the back side that are more clay-based, were riddled with phosphorus and had no nitrogen to speak of. Needless to say, I’ve been boosting my tea and coffee intake for the sake of the tomatoes. We did add some Coast of Maine Quoddy Blend Lobster Compost to key areas to help out. (If anyone from out of state wants to know, this is stuff is wonderful!)

Without further adiu, here are the pictures of the plots for those that are interested. 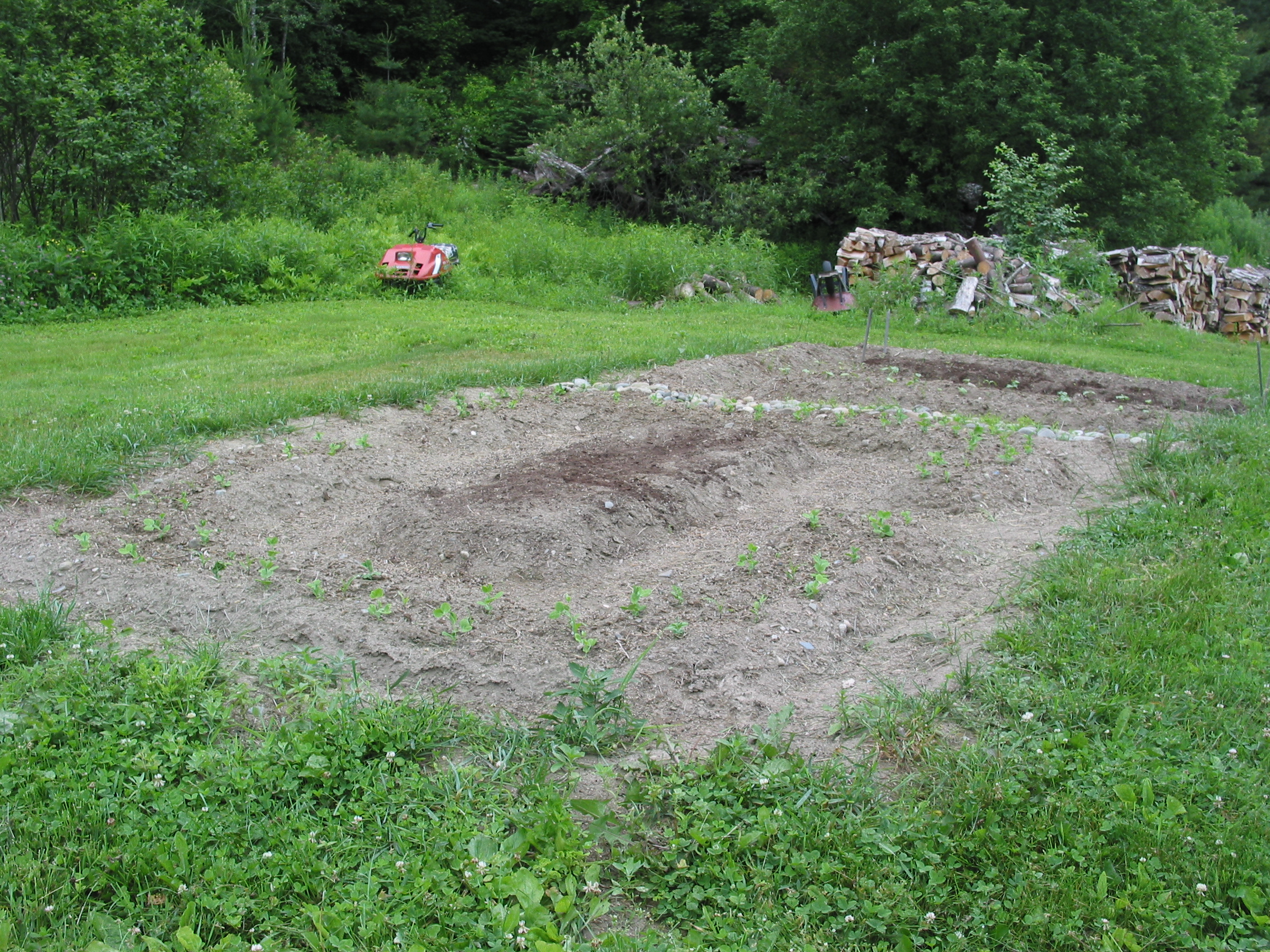 The closer side to the camera has two u-shaped areas surrounding the middle hill. The middle hill is for the pumpkins. The the u-s we planted strawberry corn, a type of red popping corn, and the first set of peas followed by the second set of beans. The corn (when tall enough) will be the trellises for the vines. We then seperated the two sections of garden with a strip of rocks in hopes of helping to keep the pumpkins from creeping before we notice them. The far side has two rows that were sowed with the 1st set of beans followed by the second set of peas. The two darker rows that have had extra compost added are the green bell peppers. Along the perimeter of the two far sides is a long l-shaped hill that has lettuce in it.

On the right we have the potato bed containing roughly twenty-five seed potatoes. To the left is the tomato bed that is all ready prepped for needing twine when the tomatoes hit a taller size. 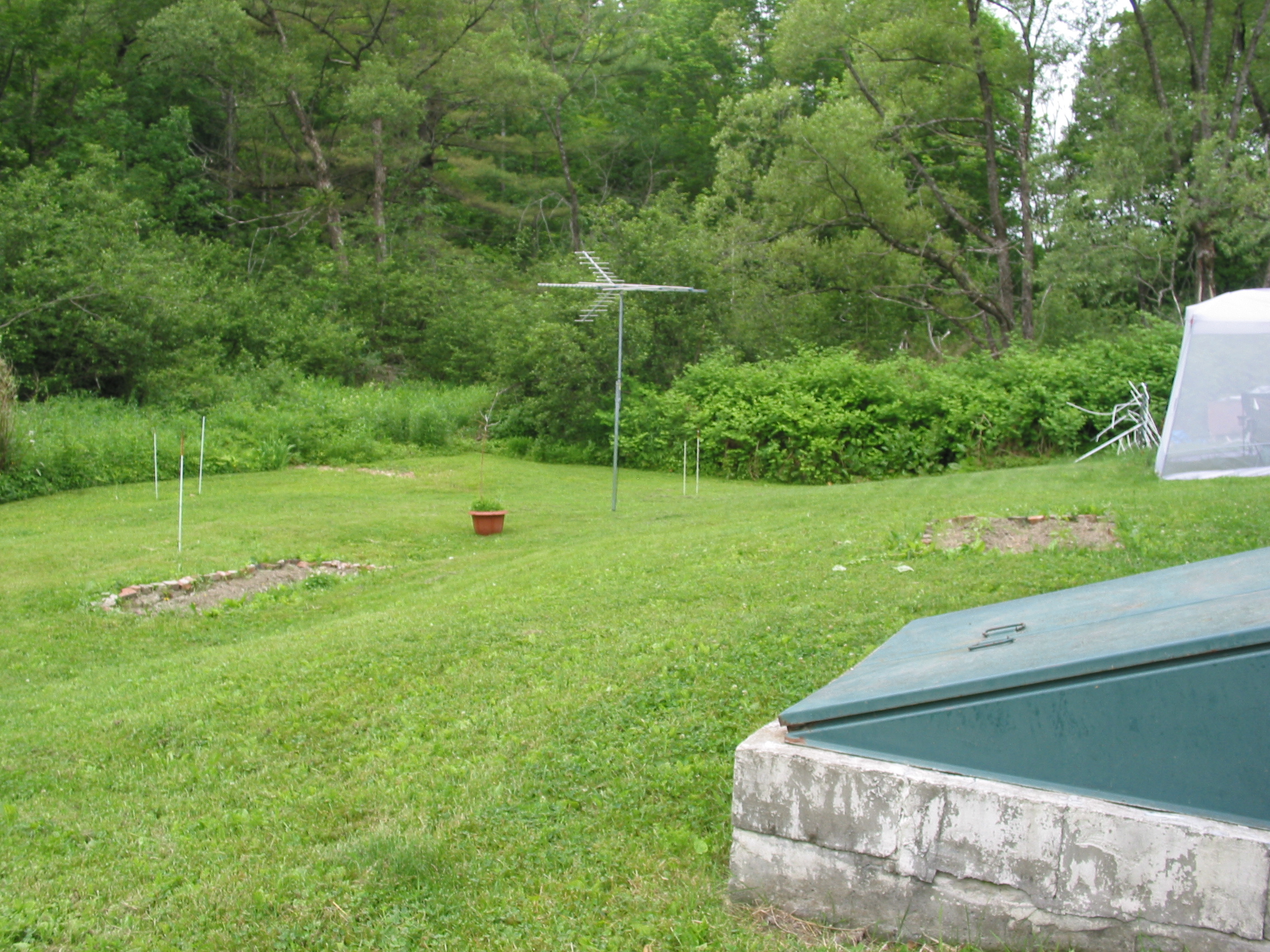 The lower of the two beds is the cucumber bed this year. The two years previous it was the tomato bed. The upper bed is the jalapeno bed. Last year we only had six plants. This year we went for twelve.

This entry was posted in Garden and tagged Garden, gardening, organic. Bookmark the permalink.

One response to “Much Needed Garden Update”