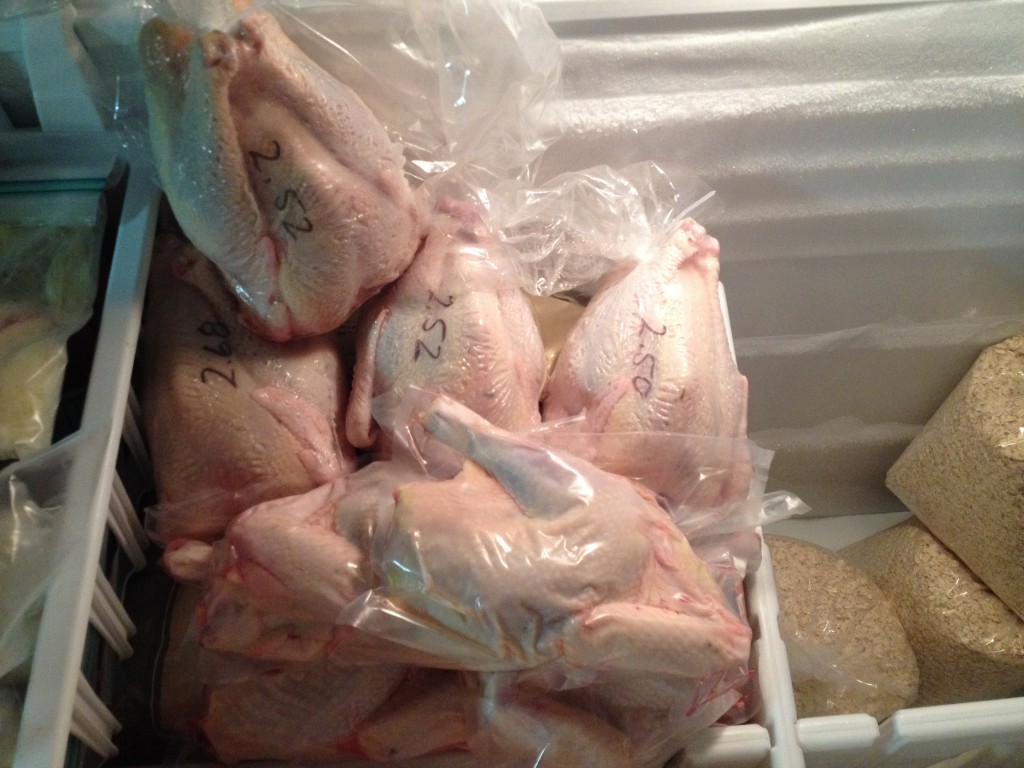 This year saw something new on the homestead: raising meat birds. For our first batch we went with Rhode Island Reds and Barred Rocks. While thy were technically layers, we wanted to get a batch that would help us fill in the void crated by the spring fox attacks. Out of the ten we raised, four were added to the coop and six were sent to the butcher’s. Sizes of the four were roughly the same: 2.5 lbs dressed. Not as large as what a Cornish X would turn out, but these birds were healthy, well cared for ladies that now taste just divine. Well worth the money in feed, care, and processing. Our only regret is that there weren’t able to free range at all due to our apprehension from the fox and coyotes running around. It might be out of guilt or annoyance, but we’re not as worried about it now. Hindsight’s 20/20, right?

Right now there are 13 roosters outside in the chicken tractors. Twelve will be going to the freezer and one will be staying as the new “man of the farm.” It’s been really interesting to see the interactions between the roosters compared to how the hens had interacted. Early on they were play fighting, chasing each other around, and just being cute little puffballs of terror. Now it’s even more interesting watching how they do get along, but how they also take turns trying to beat the snot out of each other. Who needs television when you have chickens? They’re awesome at entertaining you to the point that you forget what you’re supposed to be doing.

When all is said and done, we’ll end up with 18 chickens raised on and feeding this homestead. It’s amazing to think that this is doable and yet so few do it.

The long term game plan is to start hatching out our own chicks for meat and layer replacement. But we’ll see when that happens. One add on at a time.

This entry was posted in House and tagged chickens, chicks, homesteading, meat birds. Bookmark the permalink.