This year’s pumpkin harvest left a lot to be desired. The issue seemed to stem from how much rain there was at the beginning of the year. This spurred their growth, creating a full-grown pumpkin that was starting to turn orange well before the correct time in the season. Last year gave a wonderful harvest that was just recently used up. This year’s harvest will have to be savored for holiday treats only. Thankfully, the amount of berries that were picked will compensate for delicious treats throughout the winter! 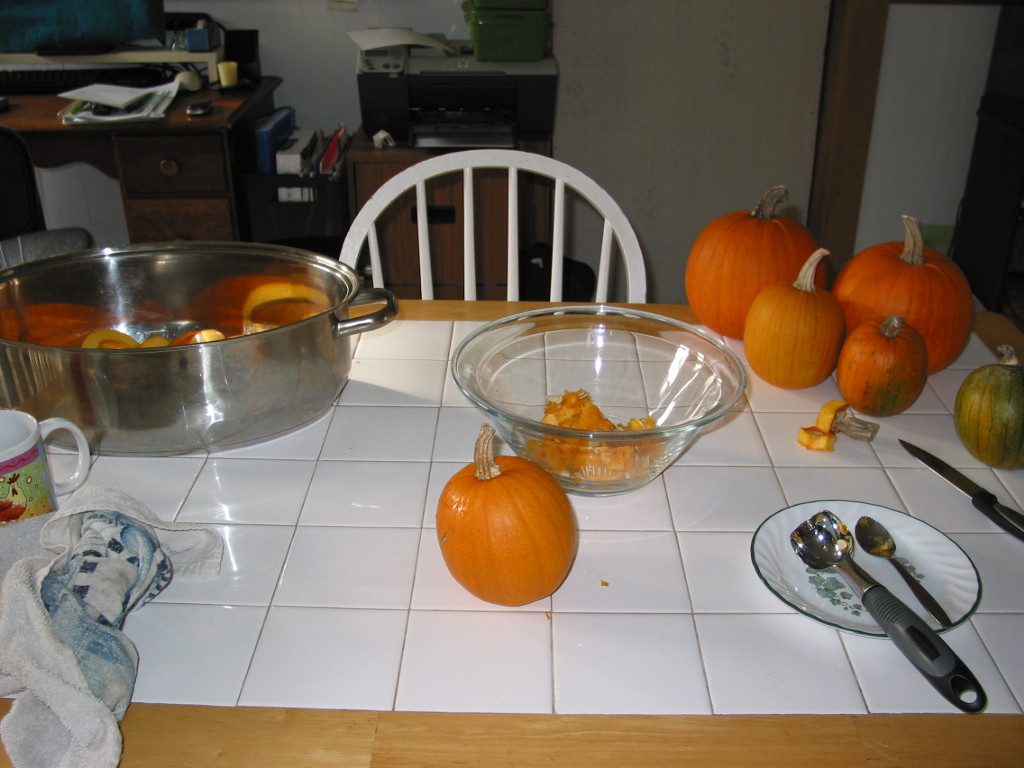 The pumpkins that are in this photo, and the other medium sized one already in the pan, are all that were harvested. Half of them still need to be pureed and frozen, but there was a waiting game on the little green one to finish ripening.

This year the process for the pumpkins was much faster after fine-tuning it from the previous two years. The trick is to set the oven at 350F or slightly lower and, once the pumpkin is in there, get busy doing other things four about an hour to two hours. By then, when you remember what that wonderful smell in the house is, the pumpkin is just right for pureeing. My only complaint this year is the stringiness of one of the pumpkins. That may have to do more with water, or lack there of, during the last of i’s growing. Normally stringiness isn’t an issue with sugar pies. We’ll see if next year’s growing season produces the same or different.

This entry was posted in Cooking, Garden and tagged food, Garden, pumpkin. Bookmark the permalink.