Like any old house, ours is constantly being worked on. After all, we knew it would be a project, and that’s what we wanted. Obviously, we don’t have all the time in the world since both of us work (which is part of the reason that I’ve fallen behind on posts lately), but we’re finally getting back into the swing of things around here as far as housework goes.

A while ago, we sistered up on of the floor joists in the living room floor. Sistering is essentially adding a support beam that helps strengthen and take the load off the broken joist. While it may have been a bit over-kill, we attached the additional beam with eight carriage bolts. 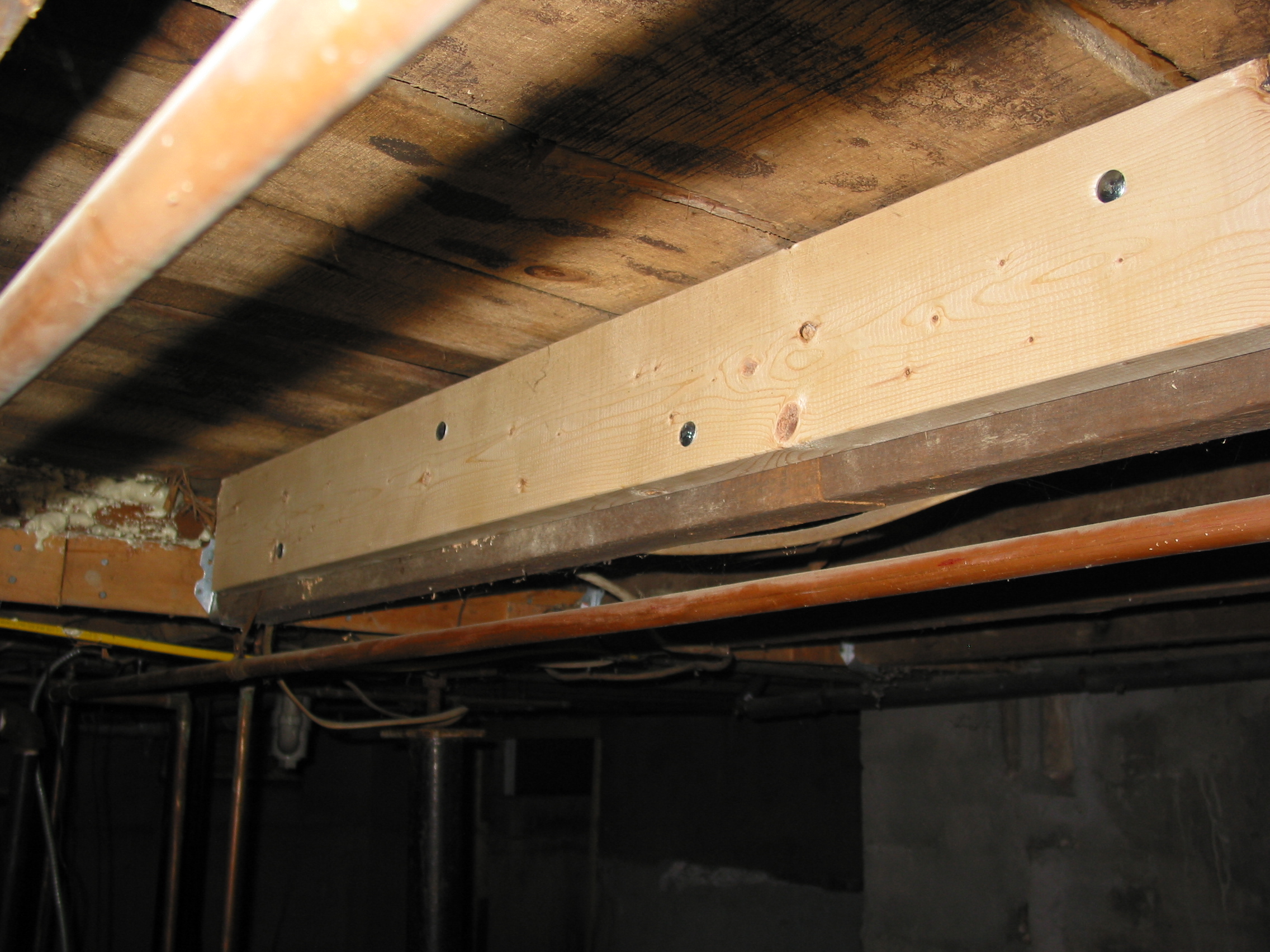 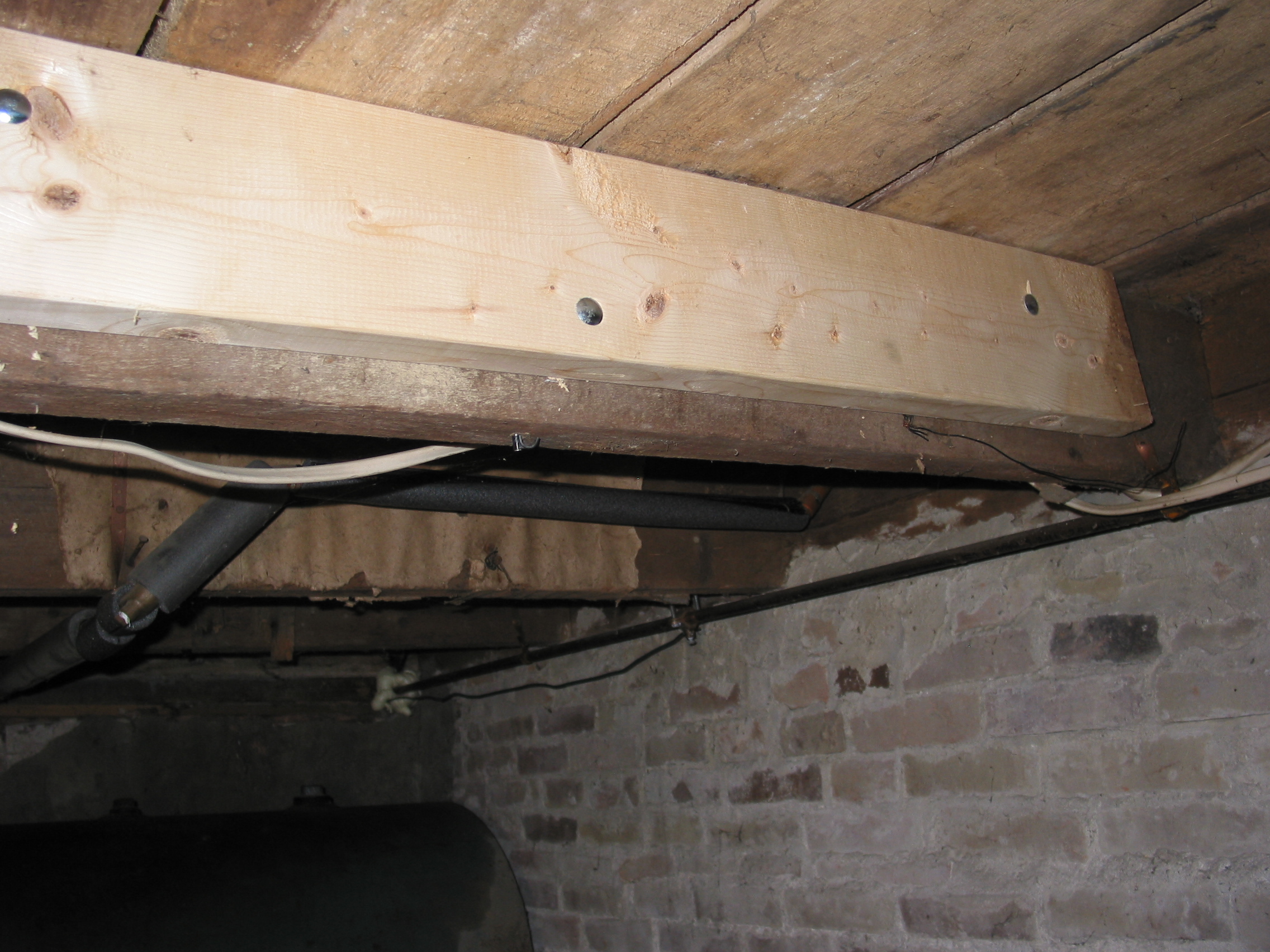 That was the first experience. Then, the husband decided to up the ante. Since we moved into our home, we’ve had a dip in the floor right in front of the main entrance and around the stairs. This may have something to do with the brick foundation that’s bowed in, but it definitely had a lot to do with the broken floor joists. This was a bit more of an in depth project as he had to slowly jack the floor up for this part. (The wife half was a little too chicken to be near this project.) 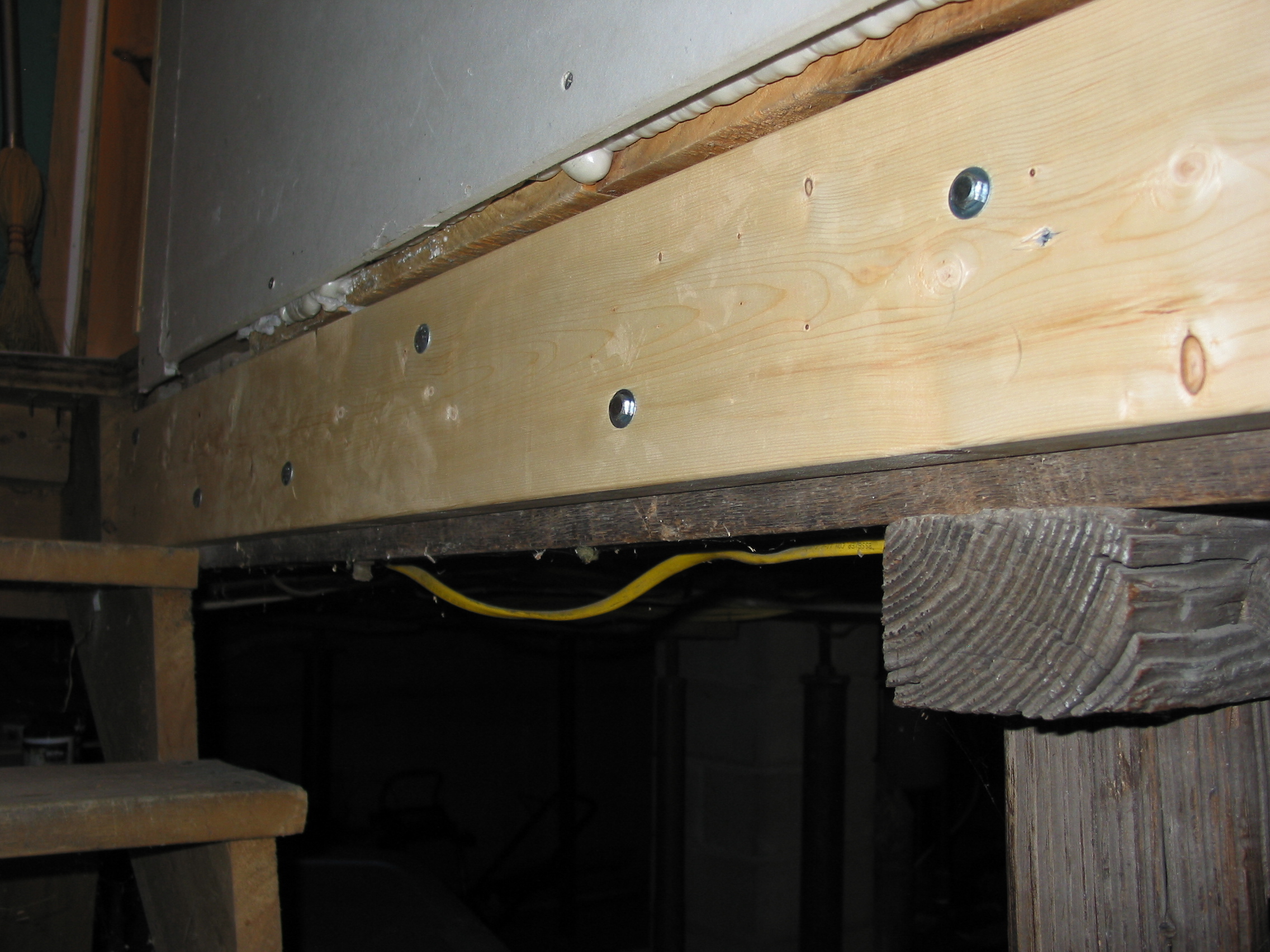 I have to say, I was surprised at how well this looks from the basement stairwell. It took a lot of time to get everything pieced together between the jacking and fighting with what little space there was down there, but the hubby did excellent! We’re hoping to pretty much get all of the joists sistered up eventually. A lot of them need it, and for others it would be preventative maintenance.

This last picture shows the proof of how damaged this floor joist was: 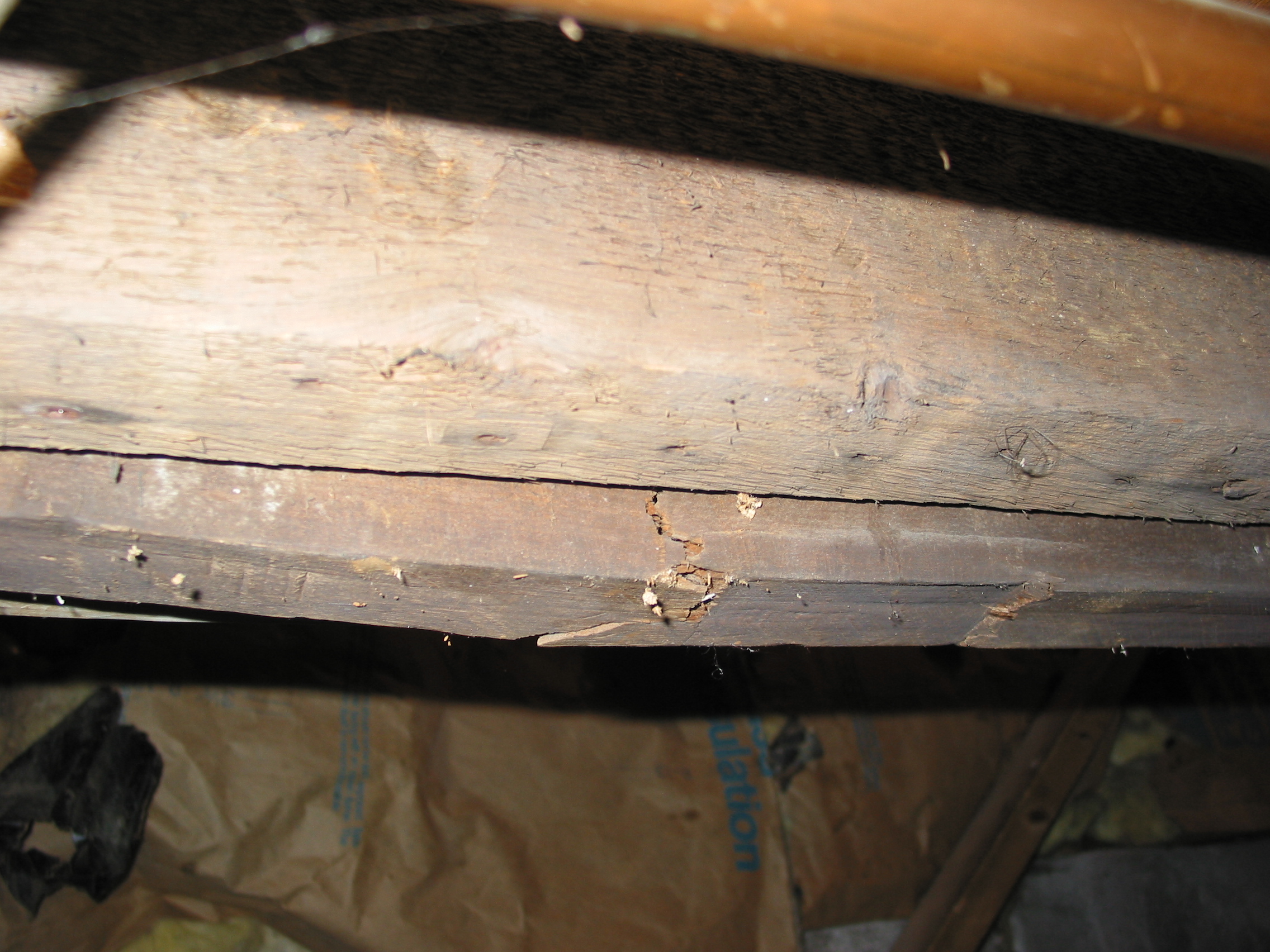 This entry was posted in House and tagged DIY, floor, joists. Bookmark the permalink.