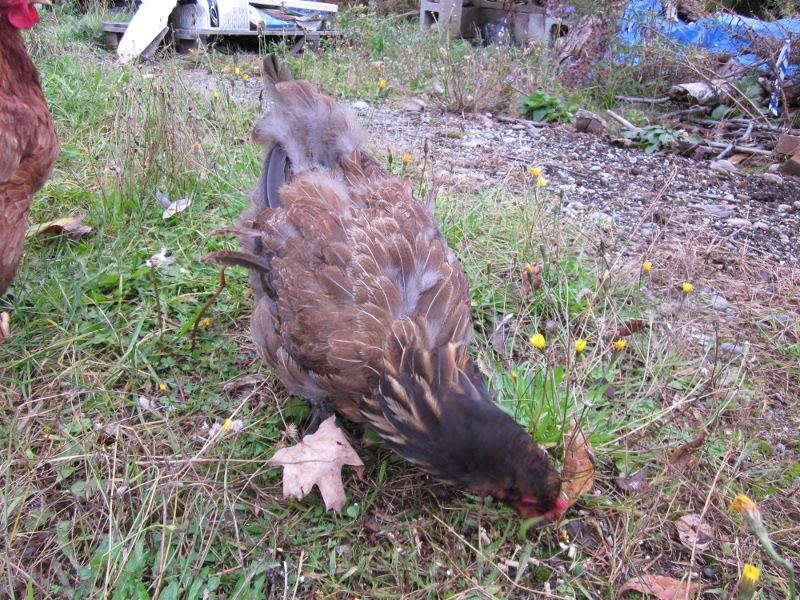 Skee’s still molting, that much is obvious. She’s dropped a lot of feathers and has only one tail feather left. The poor girl looks cold, but she’s still super active. I’m hoping to add more shavings to the coop tomorrow when I clean it as she prefers to sleep in the nesting boxes during the winter instead of roost.  (Louise and Edith cuddle up all the time, so I’m not worried about them. We’re looking at adding another layer next year in hopes that Skee will have a cuddle buddy as well.

This entry was posted in Animals and tagged animals, chicken, chickens, molting, Skee. Bookmark the permalink.