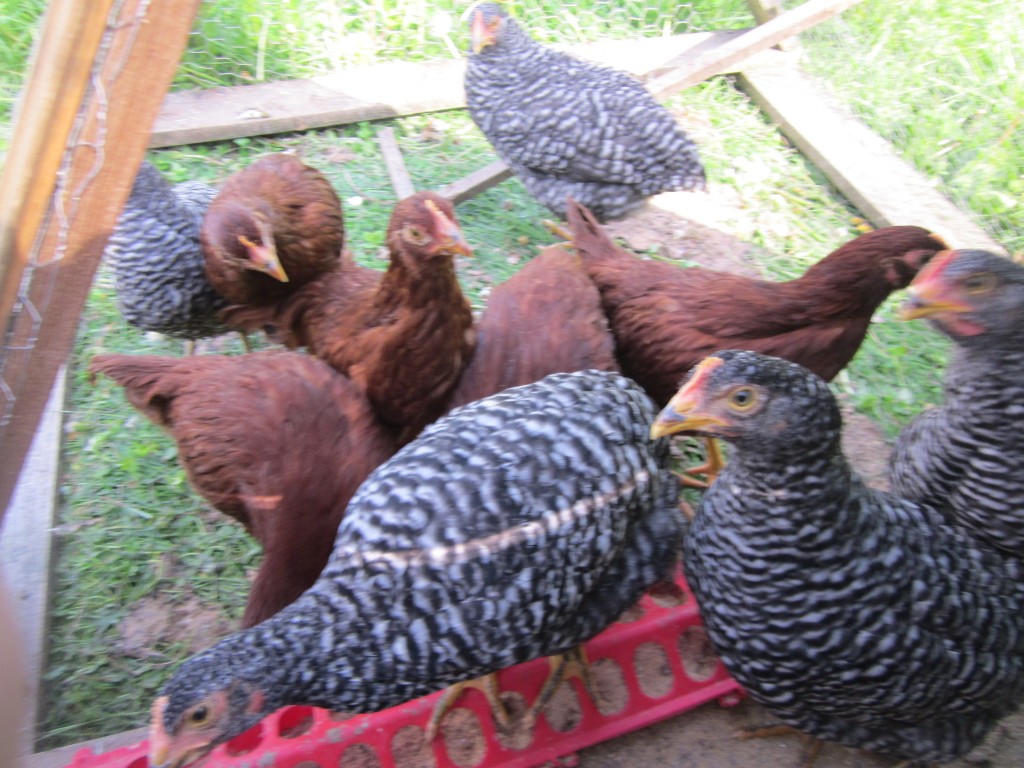 This upcoming weekend was to see six of these eight head out to be dressed and dropped into our freezer. They’re not up to snuff to where we want them to be, so they’re received a stay of another month. We have the eight separated out into a batch of six – that that will be going – and a batch of four – some new layers. We’re keeping three Rhode Island Reds and one Barred Rock. The Rock that we’re keeping is the only one of the five that doesn’t consistently attack you when you reach your hand in. The three Reds were the most docile to handle.