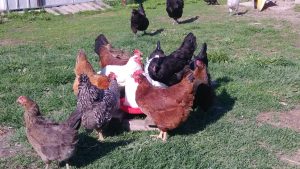 Last night, when Hubster went to count chickens, he only counted 23. I went out to do a double count – standard practice when one is missing – and sure enough, Wafflette was no where to be found. We did a precursory look, but had to tend to another chicken’s injured toe.

While we were bummed that one of the hens might have become fox fodder, we knew there was a chance that she might have headed out somewhere to brood up. For the time being, I wrote her in the ledger as deceased.

This afternoon, I stepped out to collect eggs. Waking towards the barn, I saw a junked tote that I had set aside to bring to recycling. It had been flipped upside down.

“Might as well snag it to load up singe stuff from the basement for a dump troll this weekend.”

Imagine my surprise when I listed the thing up to find none other than Wafflette and two eggs! She looked up at me, stretched a wing, and then walked off for a drink like nothing had happened.

I’m starting to think she rather enjoyed her night of solitude. 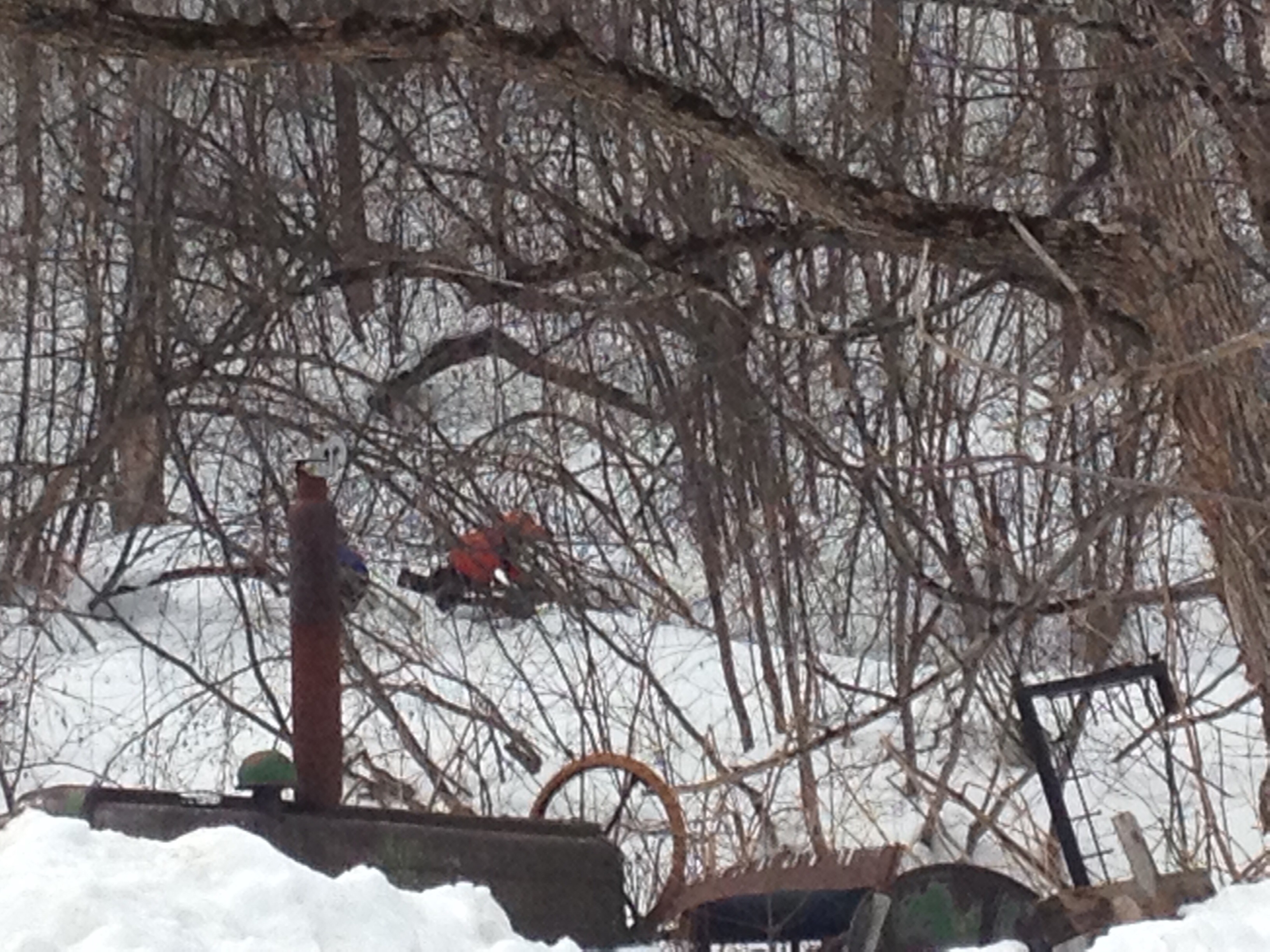 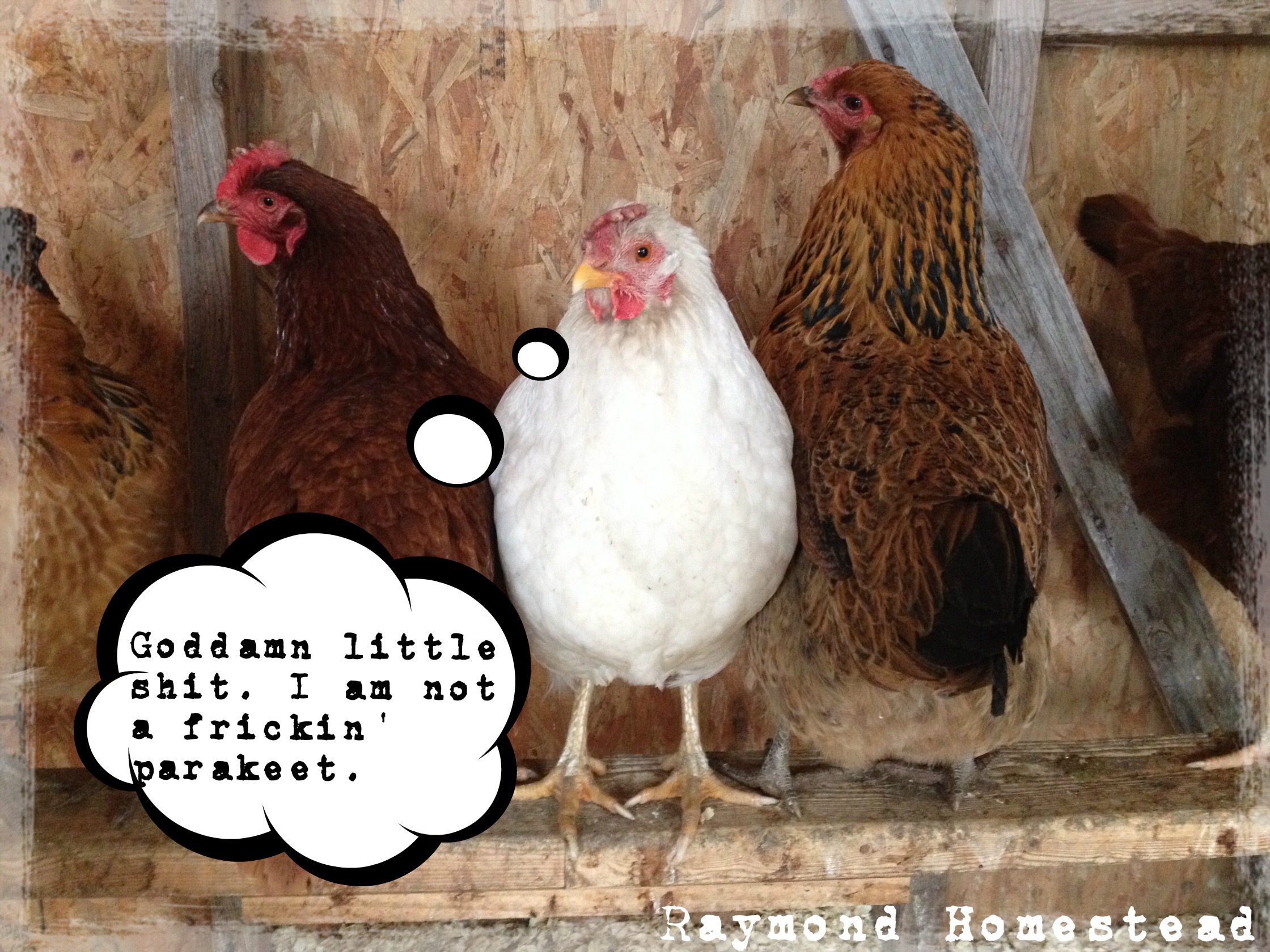