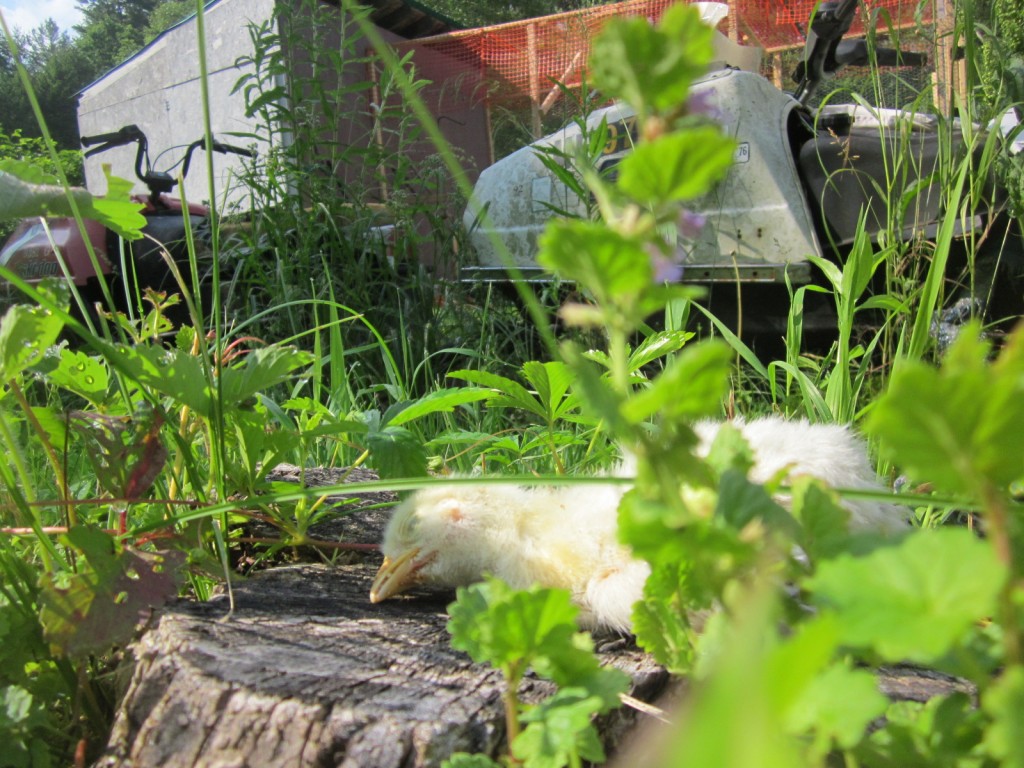 This is our life now: the constant changes that the cycle of life brings.

This is the third chick we’ve lost this year; all three were white rocks. On came in DAO, one passed only two days later, and then this little one at roughly two weeks old. It’s hard to see their little bodies so lifeless. Even knowing that they will be meat birds, we still love them with all our hearts until judgement day comes for them.

It’s not just animals, either. Even the gardens have a cycle. Seeding, tending, weeding, watching, and enjoying the growth of the plants makes you grounded, connected to each little sprout. Losing them to heat, water, predators of the herbivore variety, and then the eventful harvest tugs at your heart strings.

Isn’t that life, though? The happiness, sadness, pain, and loss all intertwined. I would rather we live with this mixture of emotions while tending our own gardens, flocks, and land than walking through the automaton world of grocery stores any day.