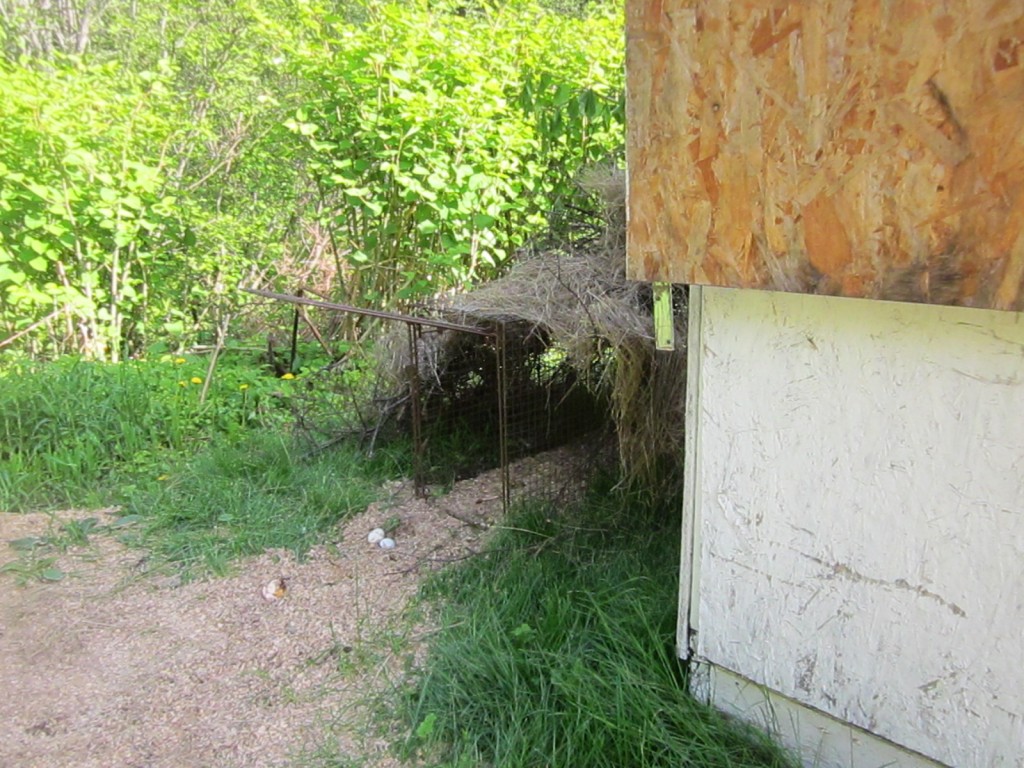 We lost another. Between the fox now having taken three chickens and us having to deal with the rooster (who according to the butcher had spurs much larger than a normal yearlings), we’re now down to our five laying girls. Needless to say, we called the animal control officer (ACO) last Saturday and are renting a trap from him.

It wasn’t touched for the first three days, but we didn’t have any coverage on it or anything. We decided to amp up our attempts by camouflaging it a bit and adding a few eggs in there. The past two nights something has come and eaten the bait – without setting off the trap. We’ve fought with the trap and I think we finally have it so it will trigger very easily. We’ll be reloading it tonight. Here’s hoping it works.

In the meanwhile, the poor ladies have been coop bound with some supervised out time. If it’s not raining when hubster gets home, I’ll be letting them out some. On the plus side, they’re doing really awesome with letting me usher them in a la rooster style and with the help of a big stick. Small victories, right?