Part of the reason for the silence on our blog the past two months has a lot to deal with the fact that we’re expecting our first child (due on Nov. 7th). In order to prep the room we chose for the nursery, a lot of fore work had to be done, in large part due to the fact that it looked like there was a broken floor joist that needed to be sistered somehow to a stronger one.

Knee-wall above the stairs. (Oh, and Belle helped with a lot of this.)

To do the work on the floor, we had to remove the knee wall that went around the top of the stairs. I was ecstatic to find that my idea of this area originally being a loft was spot on when we uncovered dowel holes for the railing underneath the wall. What I wasn’t impressed with finding were that these walls were just one inch by one inch posts with cheap paneling thrown up over it. That seems like a safety issue to me. 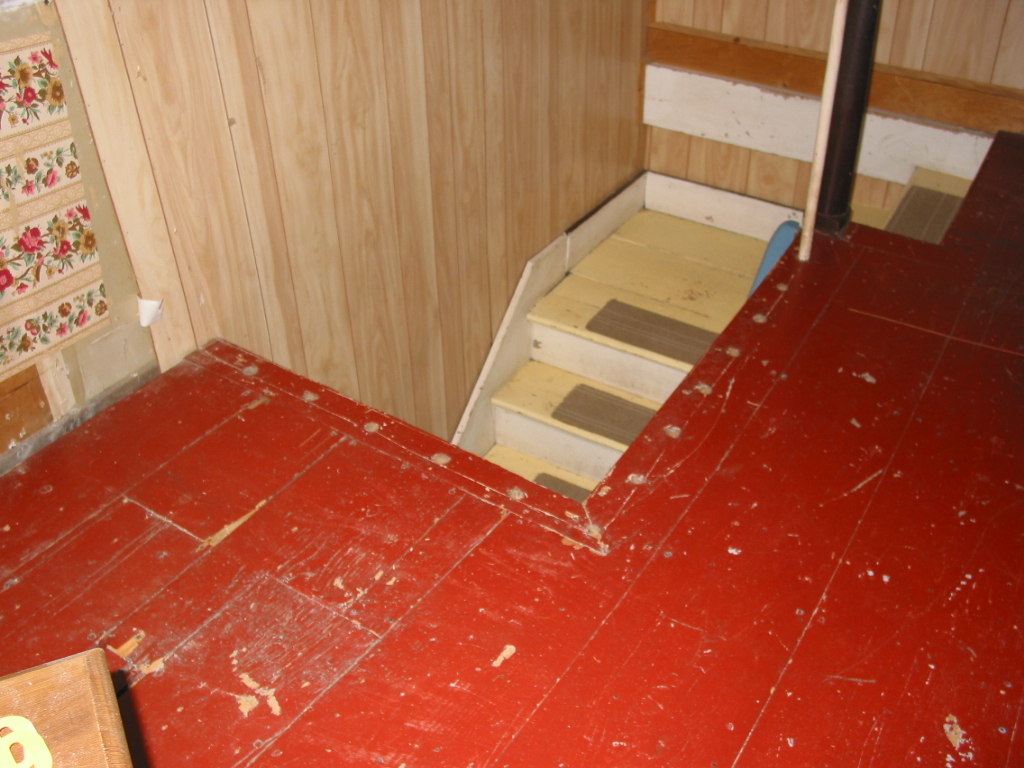 Here you can see where the railing from along the loft area originally was.

I’ll make the longest stage of all this work into the briefest possible description I can, as it took a long time for the Joe and I to do, especially with my slowly receding lack of mobility. We had to pull up the carpet and sub-floor, which meant taking out the hallway wall as that wall had apparently been put up after they worked on the floor. 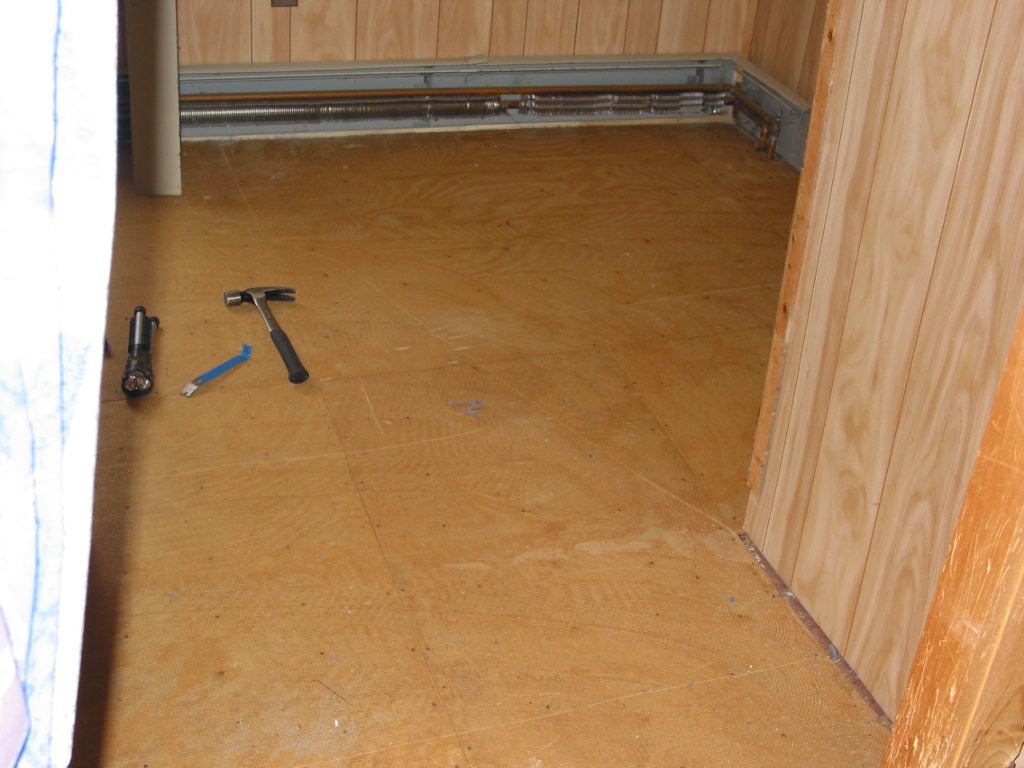 Pulling up the plywood underneath was a pain as it kept splintering and coming out piece by piece. However, the beauty beneath was well worth it! Even though the boards are relatively beaten up and the paint is wearing off, we were both happy to see wide pine board underneath the plywood. Once these boards were revealed, we decided that there was no way we were putting rug back in the room, especially after what Joe found when he got into the floor itself to check the joist: there are actually two layers of pine board that make up the floor. This is in the older part of the house (1920s) and once again proves that modern day designs have nothing over the longevity and planning of the older ones!

After prying up a few boards, Joe was able to peer in and figured that it looked like the joist had been worked on at one point, but to figure out what had been done and how to go about adding more support in the floor itself would be a huge undertaking and would possibly risk ruining the floor. We decided that it would be in our best interest to go with our back-up plan of putting in a column off the stairs to help support the floor. Needless to say, it’s a good thing we had already worked on fixing around the stairs way back when. 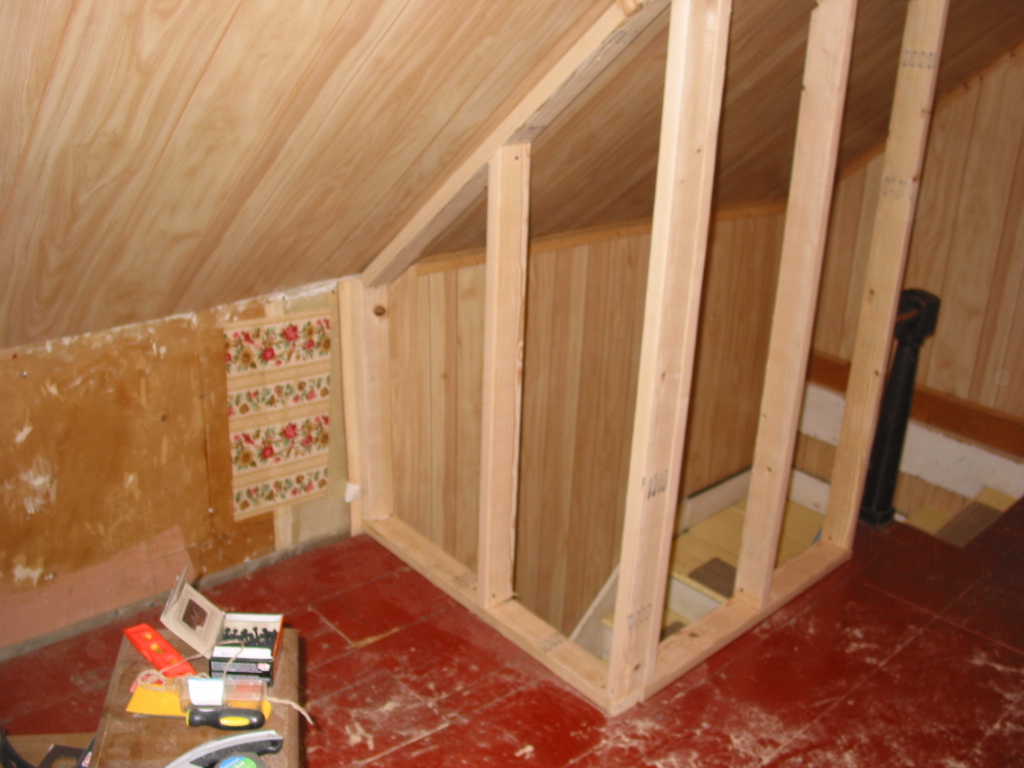 Once the floor was supported, Joe went on to build the knee wall, hallway wall, and install a door, which was something the room never had previously. Everything came out wicked! While it was definitely a learning process, things went much more smoothly than I thought they would.

While all this was going on, we decided to remove the rest of the cheap paneling in the room and paint over the horsehair plaster. We were blessed with receiving some left over paint from some friends of ours that just had their first child this summer. All we had to do was buy trim paint.

Needless to say, this is all “old news.” For those of you that know us in “real life” or that have friended me on Facebook know that the “nursery” is no longer the “nursery” and is not Vaughn’s room.

Seeing how this is also the first update in a very long time, I’ll leave you all with this wonderful smile! 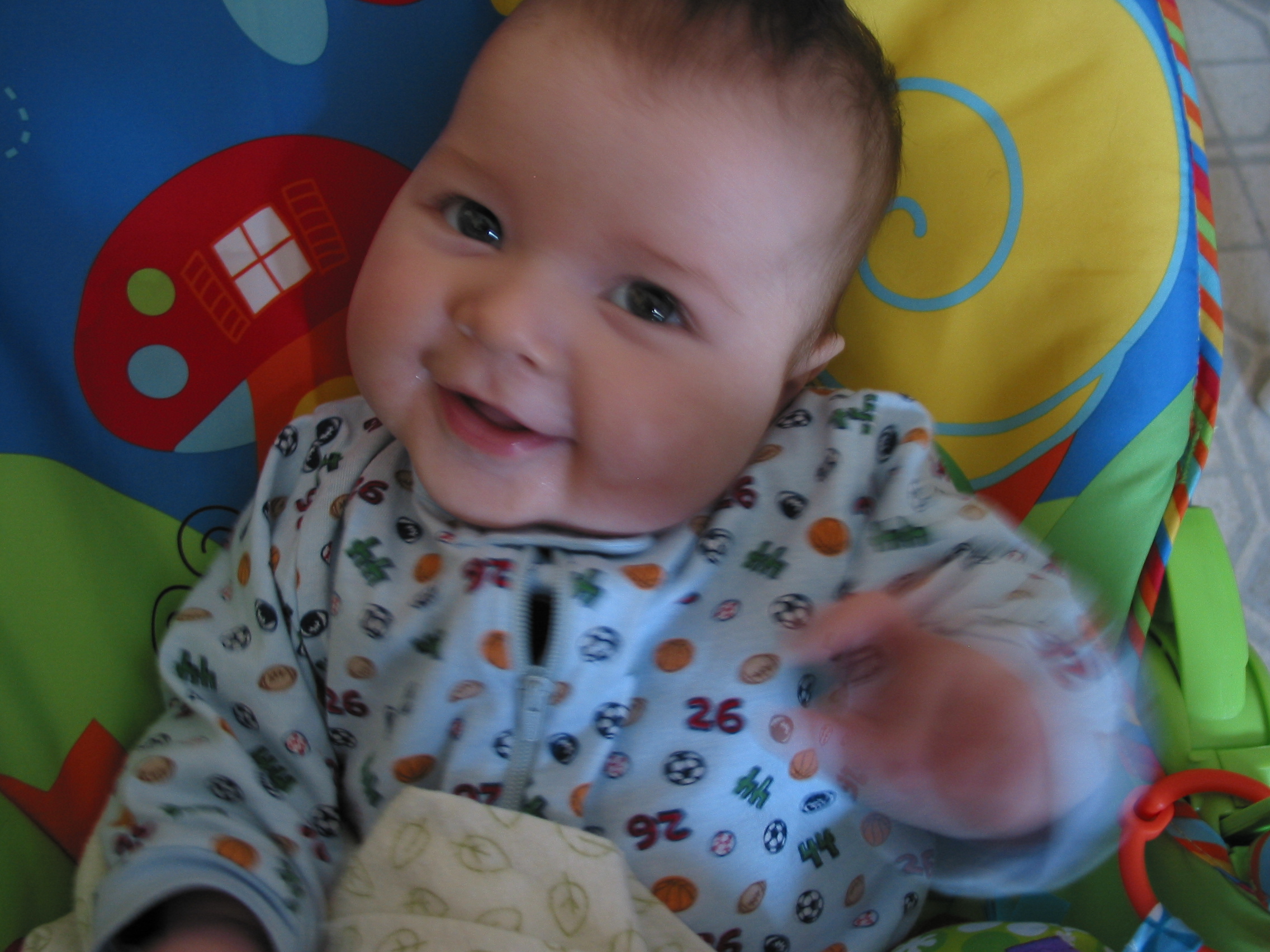