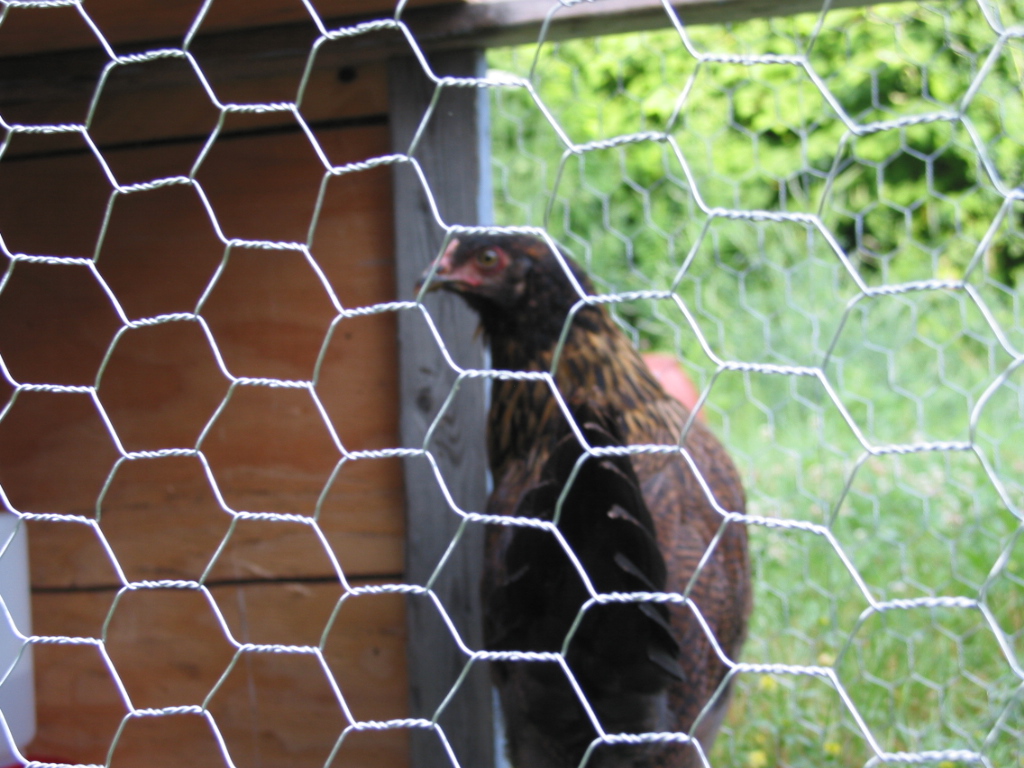 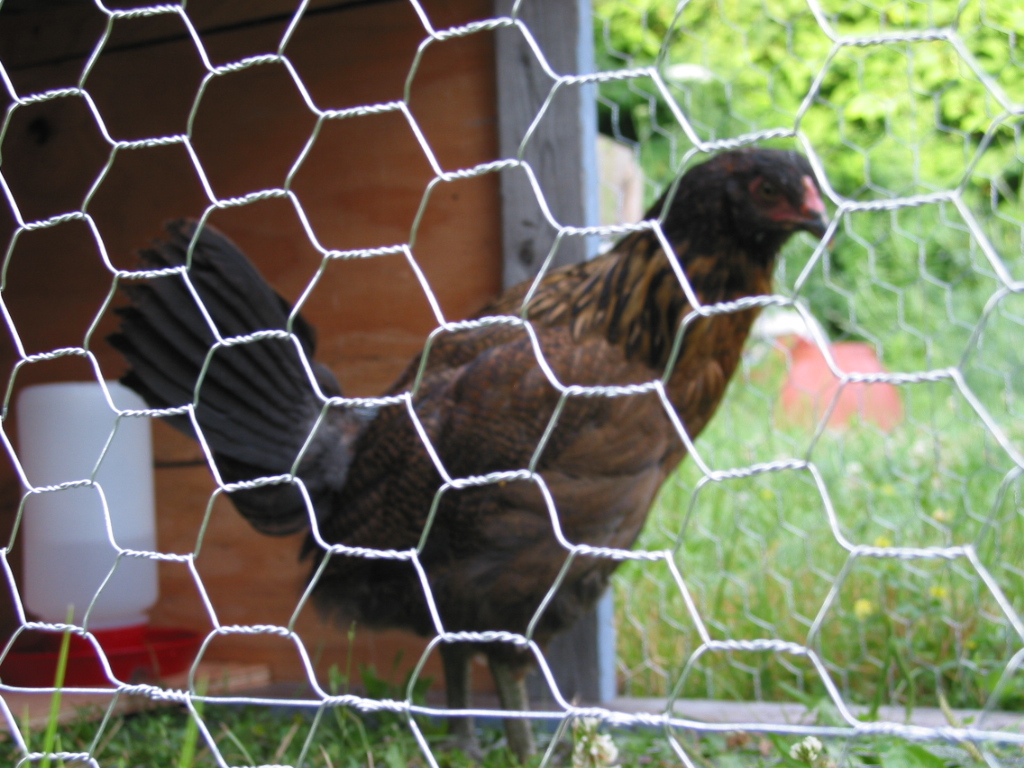 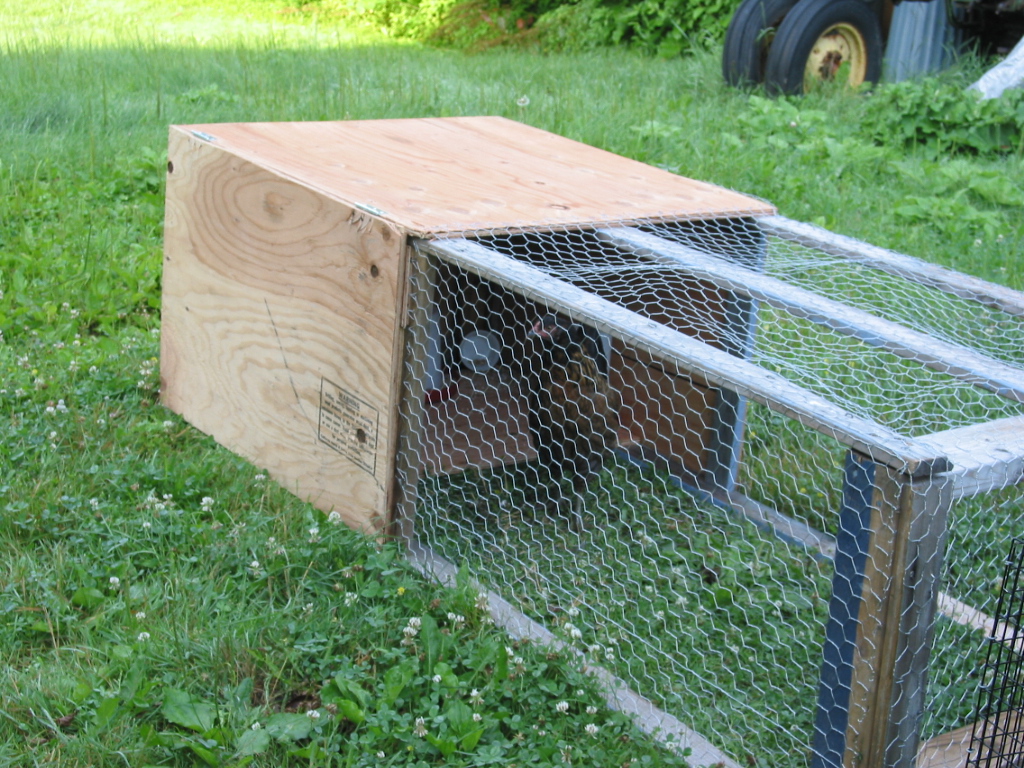 While there will hopefully be a full page dedicated to this wonderful machine, we wanted to give an official welcome to a member of the Raymond (Eventual) Homestead who had been off in another area of the state for far too long. 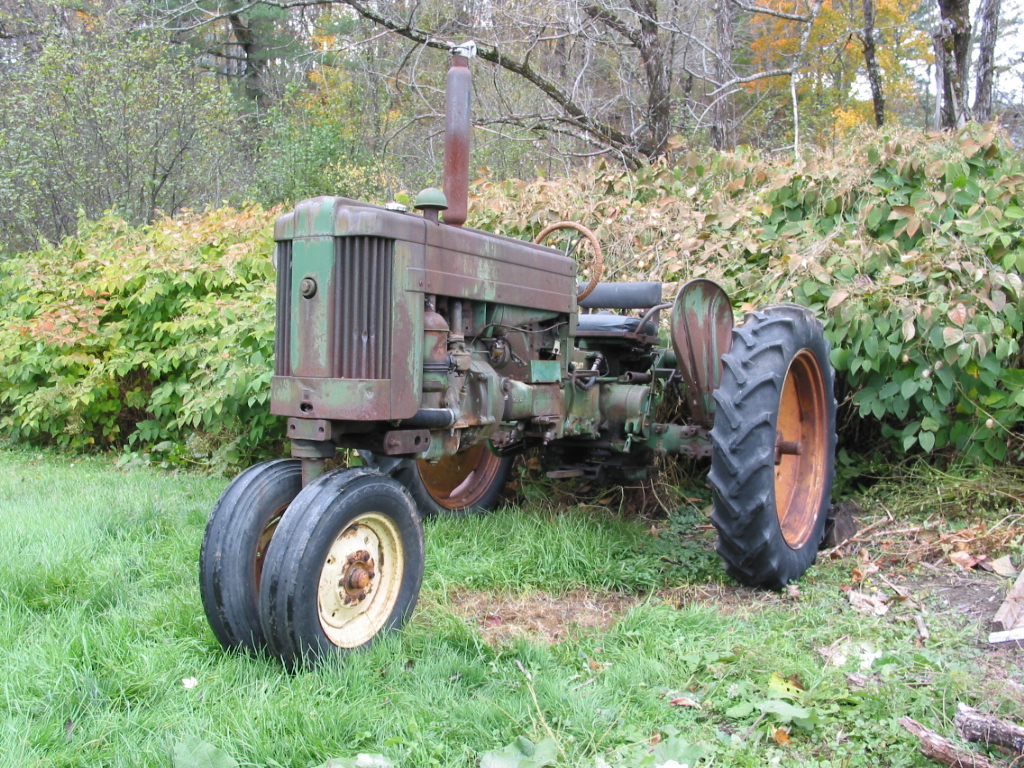 This tractor was originally Joe’s grandfather’s when he worked on the dairy farm. Joe’s Uncle Lloyd had the tractor for a while after that and was using it as a wood hauler. We’re blessed to have such a wonderful piece of family and mechanical history which we one day hope to use on our own land.

My brother was awesome enough to grab a trailer from an acquaintance of his for us to use and to tow the beast with his truck. There were a few small issues along the way, which happens with every major move of an object of such size. For example, in photos of the tractor on the ramp, you can see the wheel bulging over the edge a little. (Once again, these images will be included in a page specifically about the tractor.) We could only use one ramp because of their design. After the front wheels were on, the lights needed to come off the trailer and the ramps needed to be lined up to the back tires. We had to use the Ranger as the power source for the wench. It ended up draining the Ranger’s battery to the point that we had to coast her down the second driveway to jump-start her.

The following is Joe’s short little tale about the tractor, which sums it up all very nicely.

“My grandfather purchased this tractor at an estate sale in 1958. He used it on the farm until the mid 1960s, then he used it for plowing snow at his home in New Sharon until 1970 or so. It was then parked until the early 1990s when my unle Lloyd got it running again and started using it for firewood on his property (just 1 mile up the street from grampa’s). In the fall of 2000 it stopped working for him (due to a clog in the carburetor) and that same fall my uncle hurt his back. He decided to just leave it parked. I started working on it in fall 2009 and drove it out of the woods after a week of laboring on it when I had time. Now it’s at our home in Norridgewock, awaiting even more fixing.”

Hopefully we’ll be able to go back and collect the implements that go to the tractor before snow fall, but as it’s already November, it might have to wait until spring.