The New Pecking Order and Running 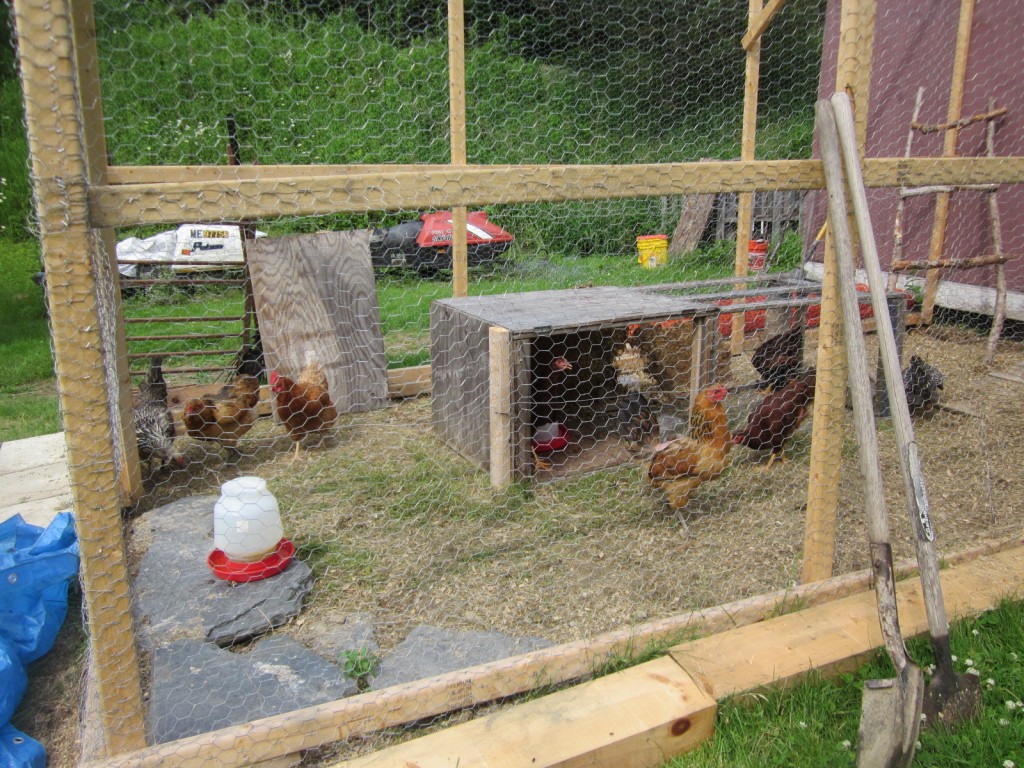 For anyone who has a flock of layers, this is the most nail biting time of the year: integration. The mixing of the young and the old. Normally we would have let them all run lose around the property, pecking at things and each other as they established their new chain of command. Things are a bit different this year and a lot of the integration will happen in the run. The four Young Ones (three Rhode Island Reds and a Barred Rock) are still sleeping in their chicken tractors at night, but they are all mingling during the day. The crazy thing is that the Young Ones are only 14 weeks old. The other five are much older. It’s amazing the size difference between medium and heavy birds.

Edith has made herself the “Big Momma” and is keeping everyone in check. Raptor – the nickname we’re giving the Barred Rock – is challenging everything that moves. She was a runt and seems to have the need to prove herself. All the rest seem indifferent. Well, except for Snowbird, the white and black Easter Egger: she took the chance to jump from the chicken tractor inside the run to the top of the fencing, a good 6 feet above her. Needless to say, we finished the roof last night. Unfortunately she hopped down before I could snap a photo.

I have to admit, it’s been nerve wracking having the flock stuck in a run. Almost as nerve wracking as having them run around with the fox out there. I’m not used to seeing the different attitudes during heat and humidity, the changes in poop, the squabbles to be “hen of the hill.” All this was normally done in thickets and behind fence posts, buildings, and around the corner. It’s been a bit stressful, for everyone I think, as I am constantly second guessing and wondering about…well, everything. I’m not saying the change won’t be good, but it will be a hard one to work through. Now that the run’s done we can let them out while we’re gone and not have to worry about them. The hawks (who came by to visit last night) can’t get in and the only true worry would be a fox digging under. We tried to dig down as far as we could, but the run is on top of a leech field that’s pretty shallow. I could only drop the fence four inches in some areas due to the gravel bed, so here’s hoping the cribbing placed along the outside will hope to deter him/her. There’s been no sign on the buggah since the other day: he came by and watched them from the tracks, but wandered off when he decided there was no way to get in. I doubt this is the last we’ll see of the critter, but I’m trying to stay hopeful.

This entry was posted in House and tagged chicken, chickens, homesteading, pecking order. Bookmark the permalink.